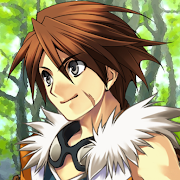 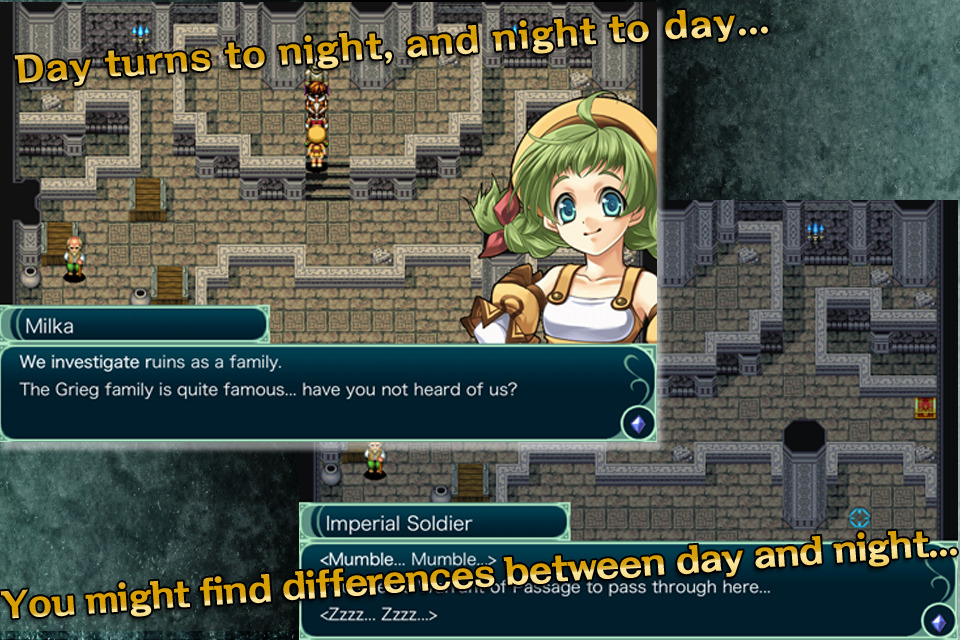 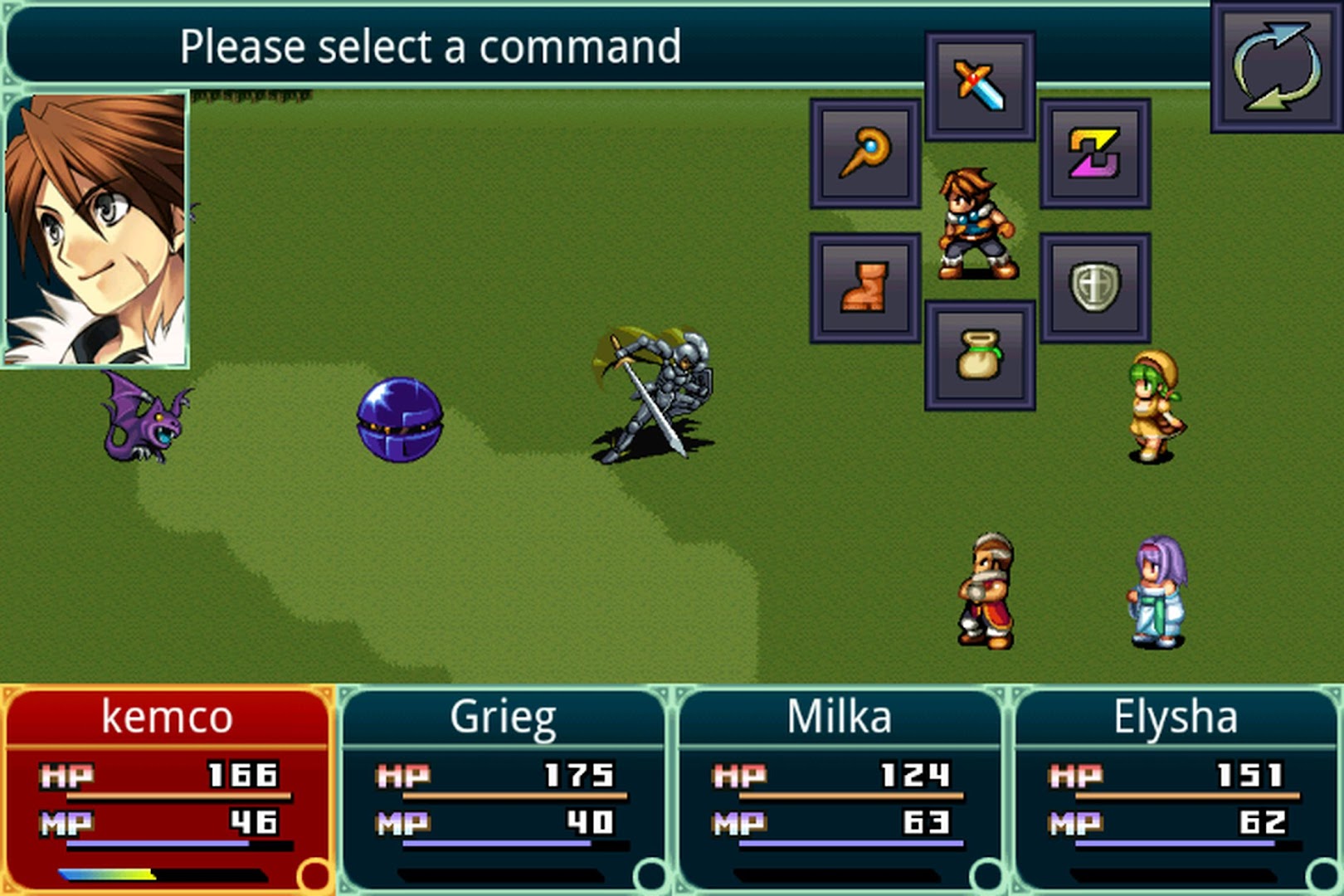 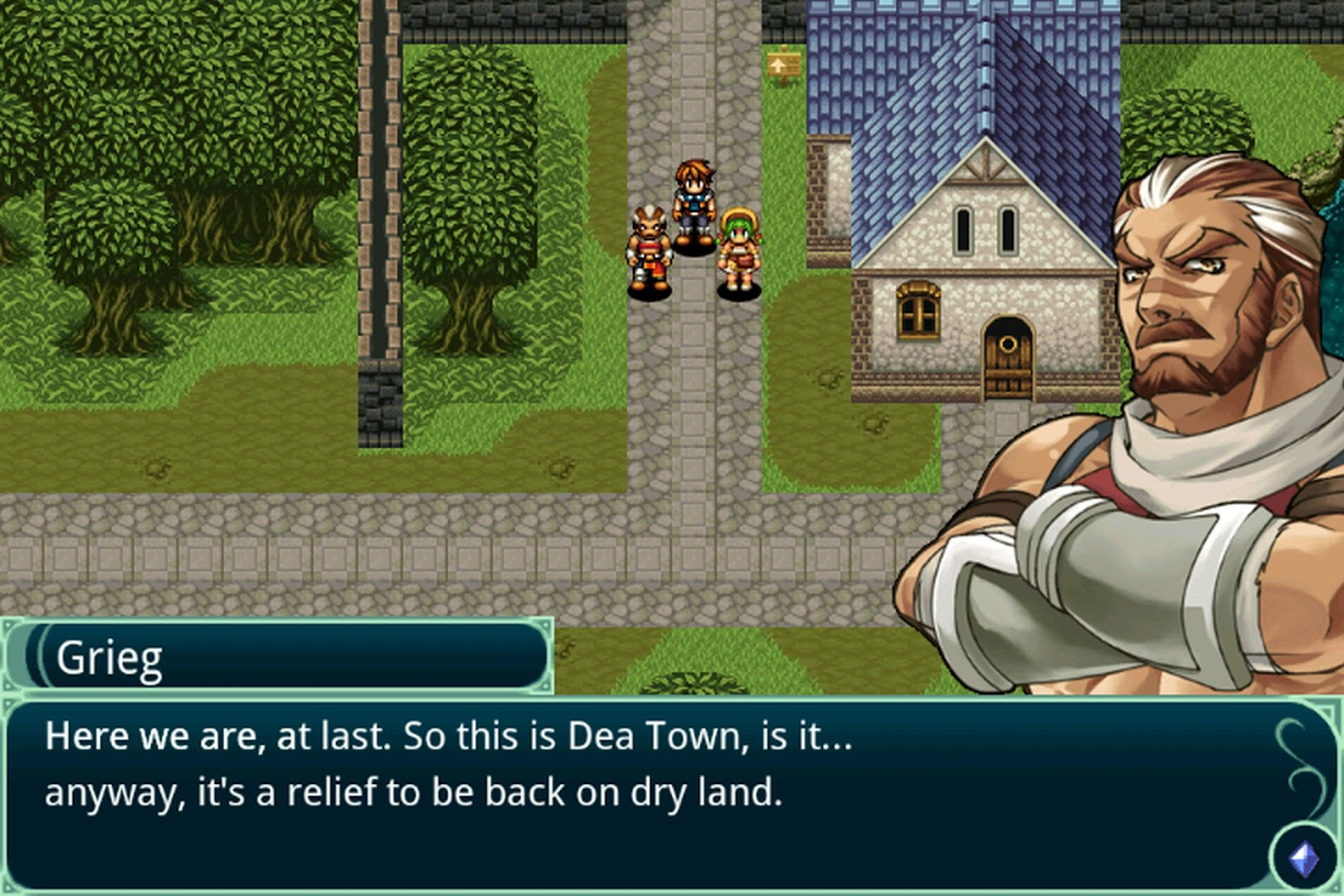 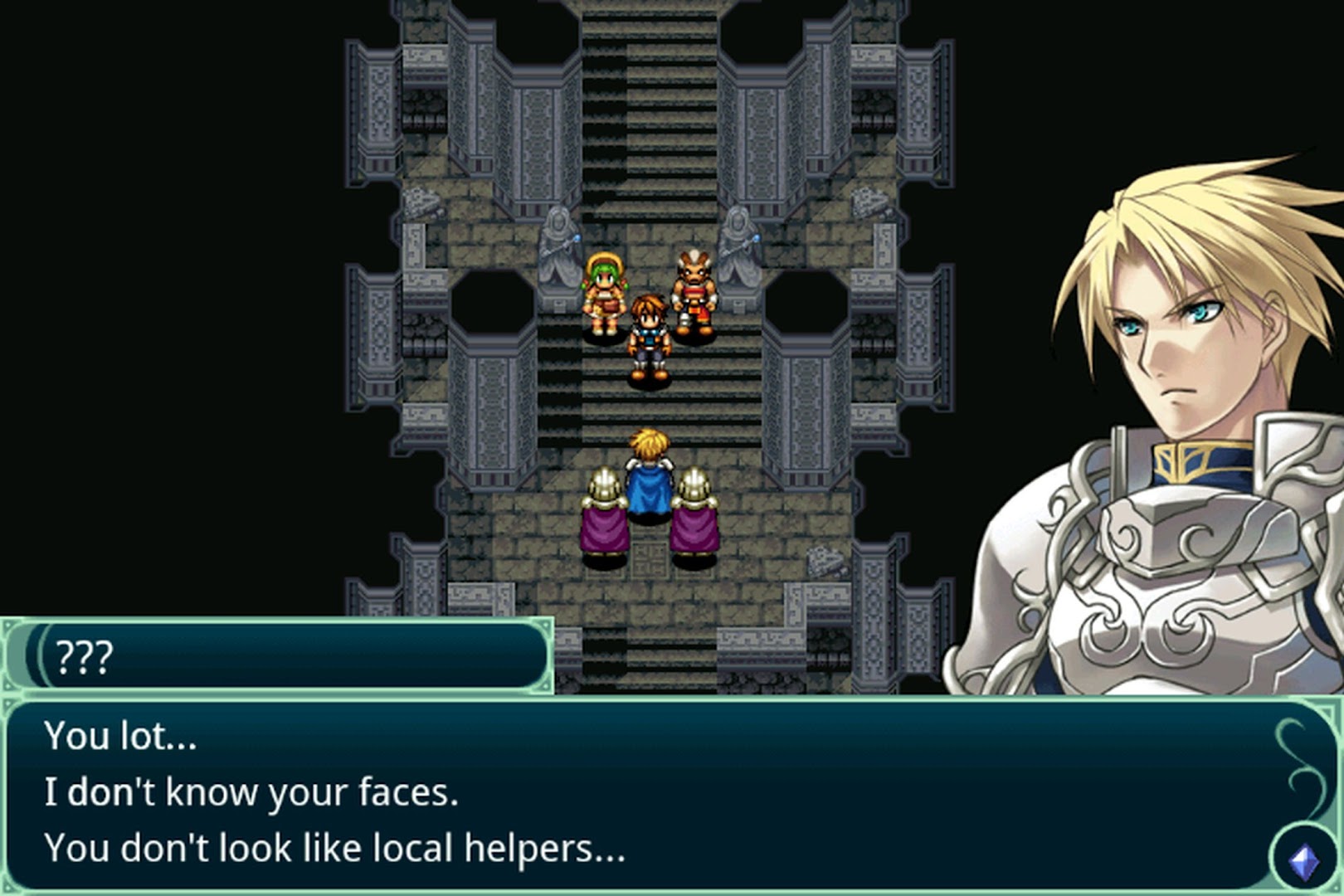 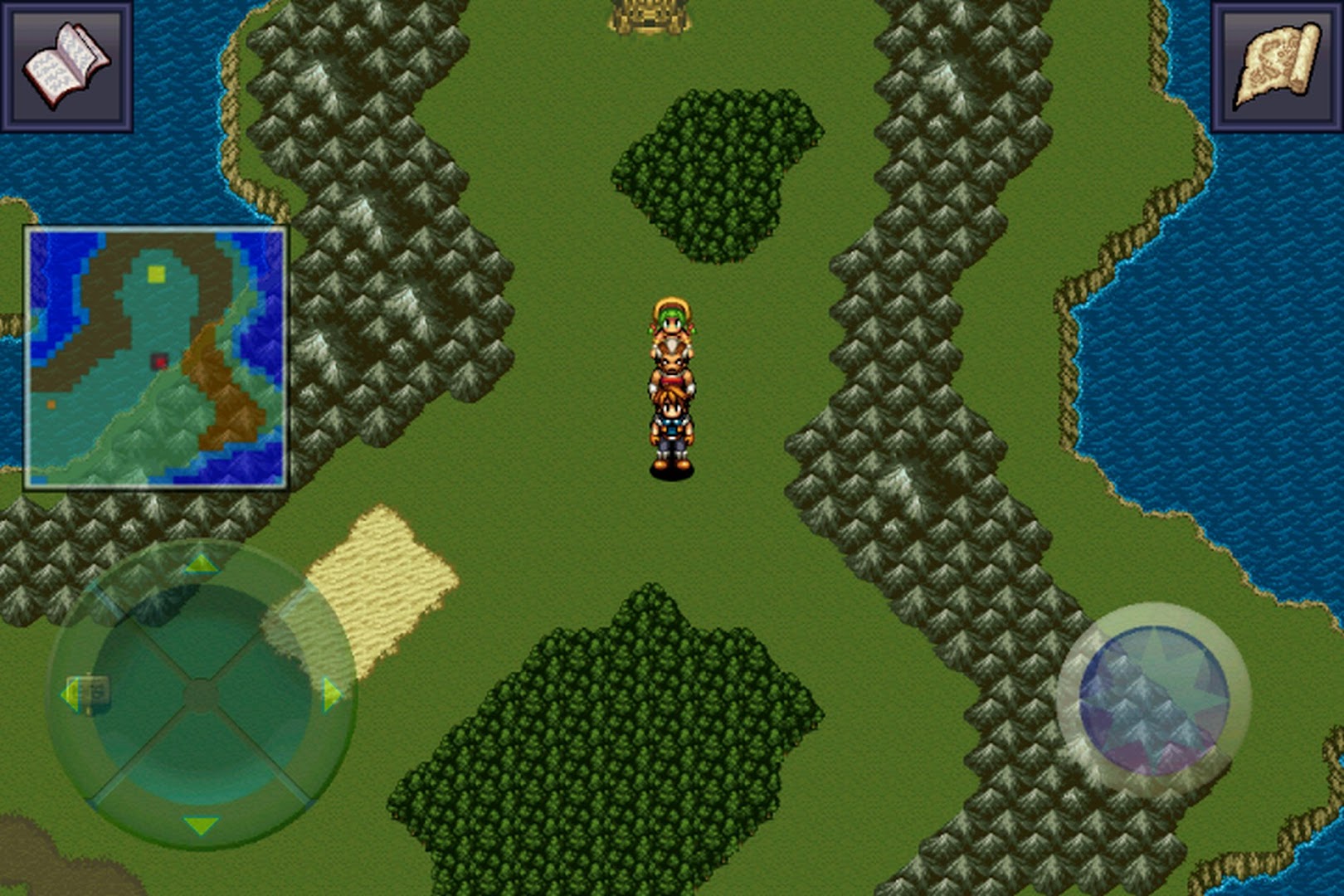 Six treasures, and a world created by twin Goddesses…

A family of treasure hunters hears the news that an ancient ruin has been uncovered. They creep into the ruins, where they are certain they’ll discover some wonderful treasures.
But in the end, will they be successful in their hunt for the treasure?

About the game
‘Grinsia’ is a fantasy RPG, with a quest involving twin Goddesses, and six pieces of treasure. The main characters are a family of treasure hunters, and they are joined by a wide range of other characters.

A wide range of allies, and many ways to enjoy the adventure
In ‘Grinsia’, you can choose your allies from a wide range of characters.
When the number of characters passes a certain point, you can choose which of your allies to take with you by going to a tavern in one of the towns or villages.
Each character reacts differently to each event, so by changing the members of your party, you can play the game, again and again, enjoying the different reactions of the members.

In the main story, there are characters who won’t become allies, too.
Journey across the world, in search of allies!