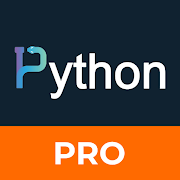 This is an in-depth guide to the most popular and most in-demand programming language Python.

Learn Python Machine Learning
Machine Learning (ML) is basically that field of computer science with the help of which computer systems can provide sense to data in much the same way as human beings do. In simple words, ML is a type of artificial intelligence that extracts patterns out of raw data by using an algorithm or method.

Learn Python CherryPy
CherryPy allows developers to build web applications in much the same way they would build any other object-oriented Python program. This results in smaller source code developed in less time. It is being used in many production websites.