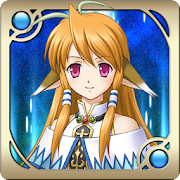 After suddenly being summoned to an unknown world, a high schooler by the name of Yusis learns of his destiny to become the Savior and face off against the Overlordーa being who threatens the destruction of Kreisia.

Kreisia―A world of three races coexisting under the banner of single kingdom.

Yet notwithstanding these different people being ruled over by a lone institution of government, life, for the most part, has continued on peacefully despite certain racial undertones pervading the hearts of some in society…

Still unforgotten, is the re-emerging calamity precipitated by the Overlord with each new decade… Resurrecting once every ten years, this personification of evil sets about to envelop the world in chaos and destruction.

But what of the Savior and his party who defeated this great destroyer only ten years earlier?

And does Kreisia’s newest Savior, an unsuspecting youth, really have what it takes to stand in the face of all odds to save the world?!