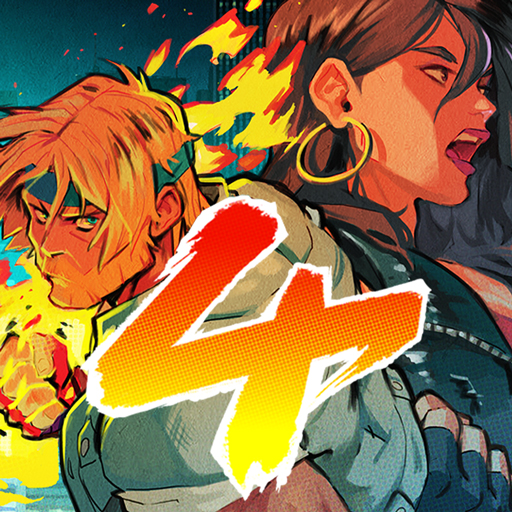 Punch your way through the Streets of Rage once again!

Streets of Rage comes back for a sequel 25 years after the last episode : a new crime syndicate seems to have taken control of the streets and corrupted the police. All you have to fight against them is your friends… and your fists ! Critically acclaimed, Streets of Rage 4 won several awards and nominated as Best Action Games at the 2020 Game Awards.

FEATURES
– Rediscover the classic Beat em up Streets of Rage Franchise with new fight mechanics
– Get thrilled by the Retro hand-drawn comics-inspired artistic direction by the studio behind Wonder Boy: The Dragon’s Trap serving juicy animations & vivid FX
– Unlock up to 5 new & emblematic playable characters and fight your way through 12 various stages to bring back order to the streets
– Challenge yourself in different modes : Story, Training, Arcade…
– Listen to a new Electro OST with world class musicians such as Olivier Derivière and legend Yuzo Koshiro
– Get retro with up to 13 alternative retro characters, secret retro levels or choose the SoR1&2 OST and enable the Retro Pixel graphics !

Do note that multiplayer mode will not be available at launch but will come in a free update after release.

After the events of Streets of Rage 4, our heroes wanted to prepare themselves for future threats. Axel, Blaze and their mates will start a very special deranged training with the help of Dr. Zan, who built an AI program from the remnants of Mister X’s brain that simulates every kind of danger they could be facing.

With this DLC, get ready for:
• 3 new playable characters
• A new Survival mode with weekly challenges
• Character customization: build your own fighting style with new moves
• New weapons and enemies!