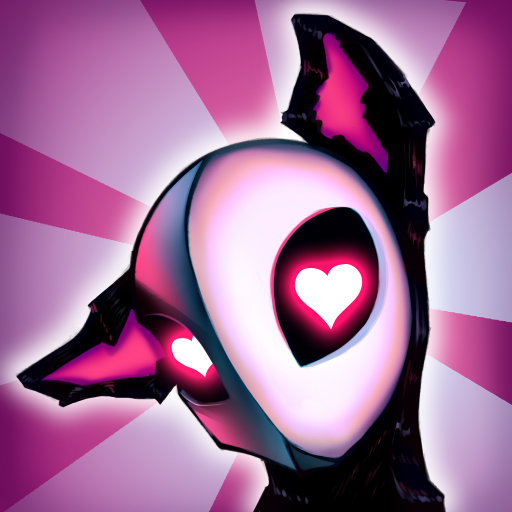 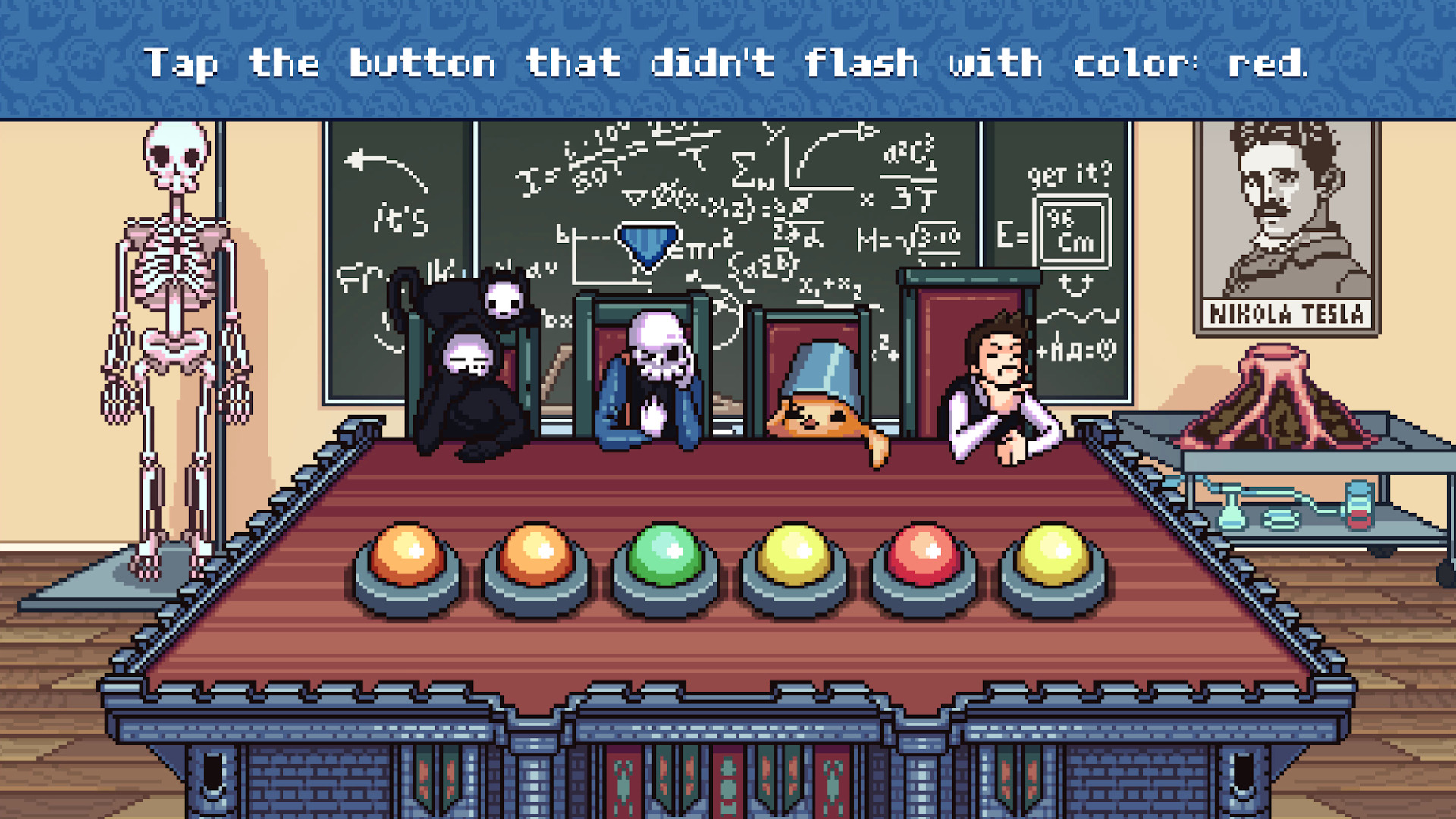 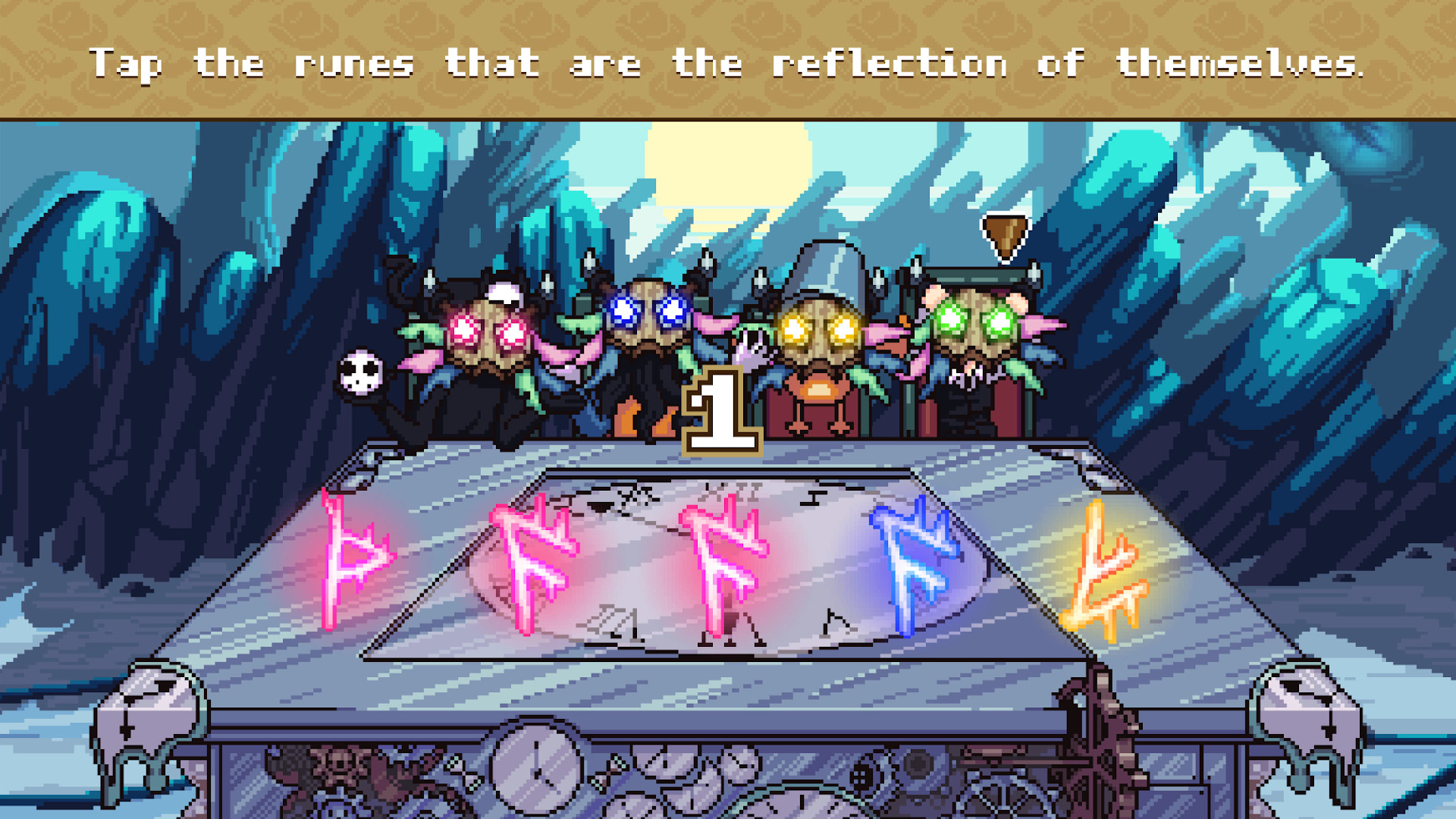 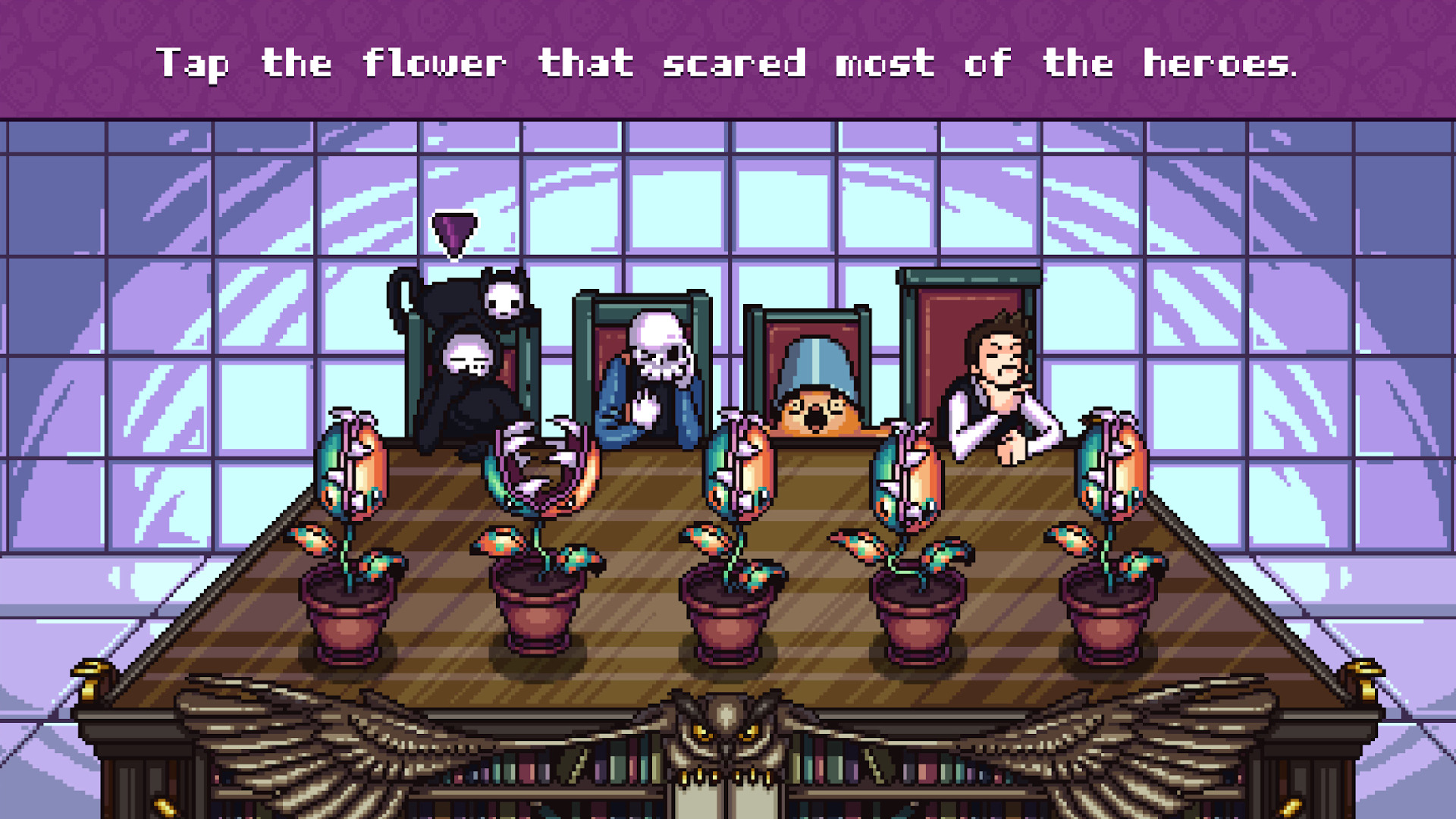 WHO IS AWESOME is a single-player mini-game collection, in which the most awesome character that you choose competes with the characters that you didn’t.

Four characters from different games — Reaper from Peace, Death!, Vladimir from DRAW CHILLY, Knight from OH MY GOD, LOOK AT THIS KNIGHT!, and the Cowboy from Gun Done — sit at the same table and try to think faster than their opponents.

Features
– Many various games.
– Tables that unlock even more games.
– Rooms, each with different rules.
– Cat named Juggernaut doesn’t influence anything but your mood.