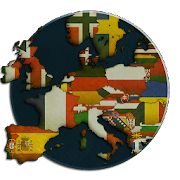 Age of Civilizations Europe is a turn-based strategy game in which your object is to dominate the world.

• Building Types
– Fort: gives a province a defense bonus.
– Watchtower: allows you to see army numbers in neighboring provinces.
– Port: allows units to move into the sea. Units at sea can move back onto any land province, even if it doesn’t have a port.