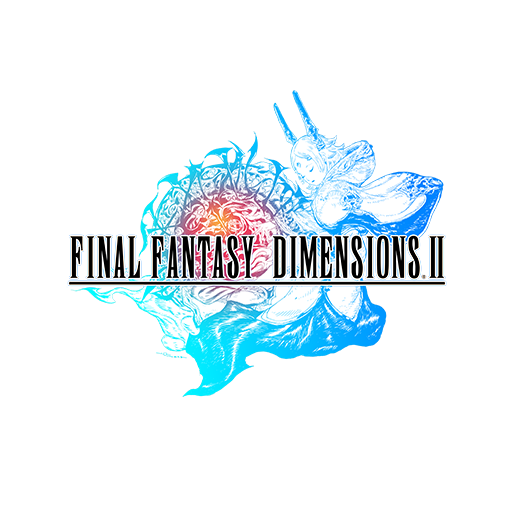 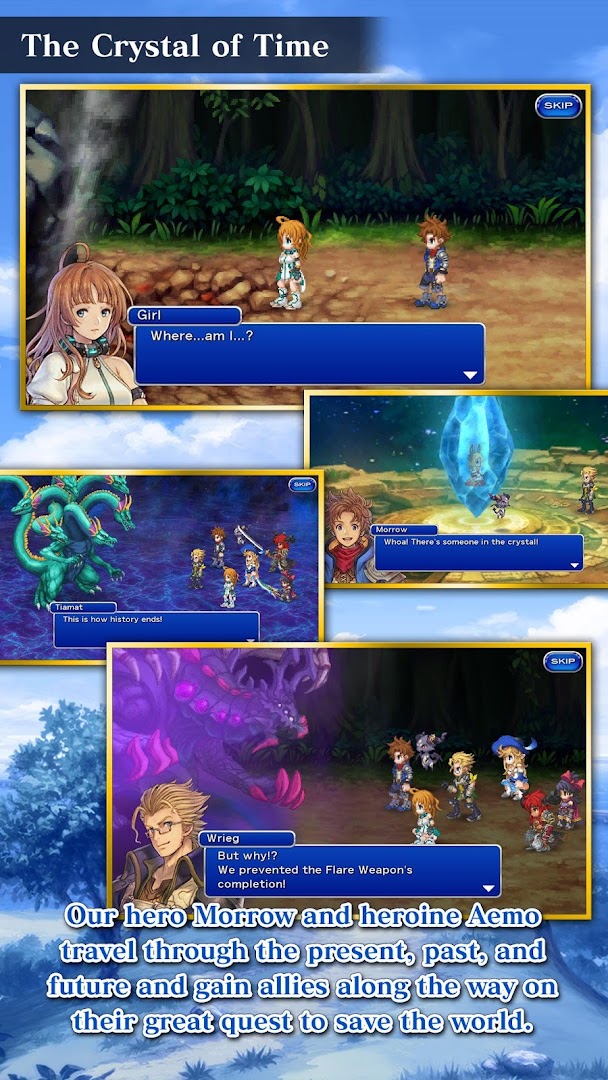 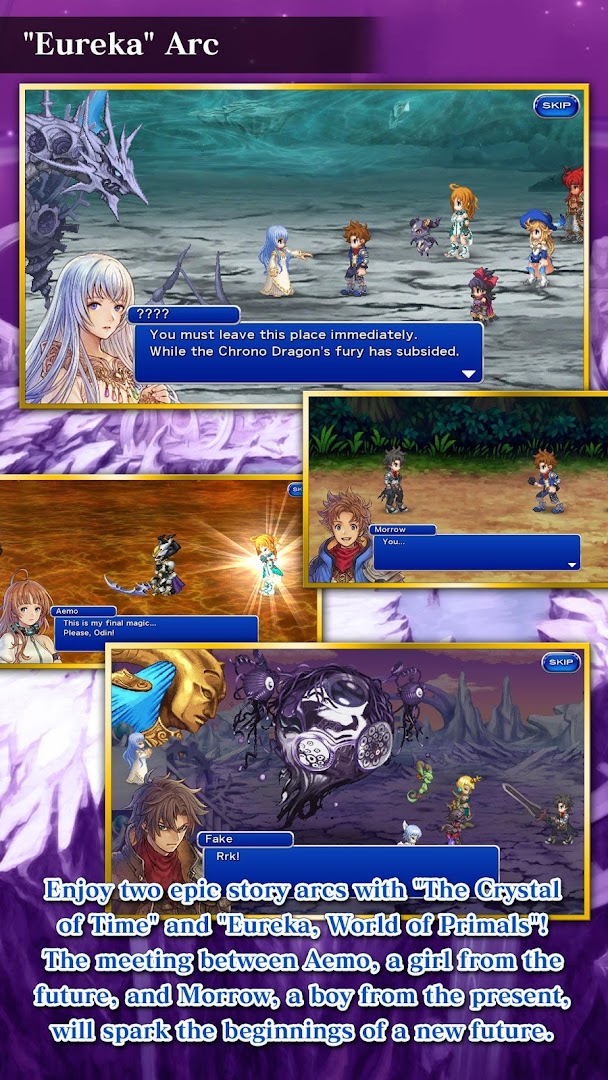 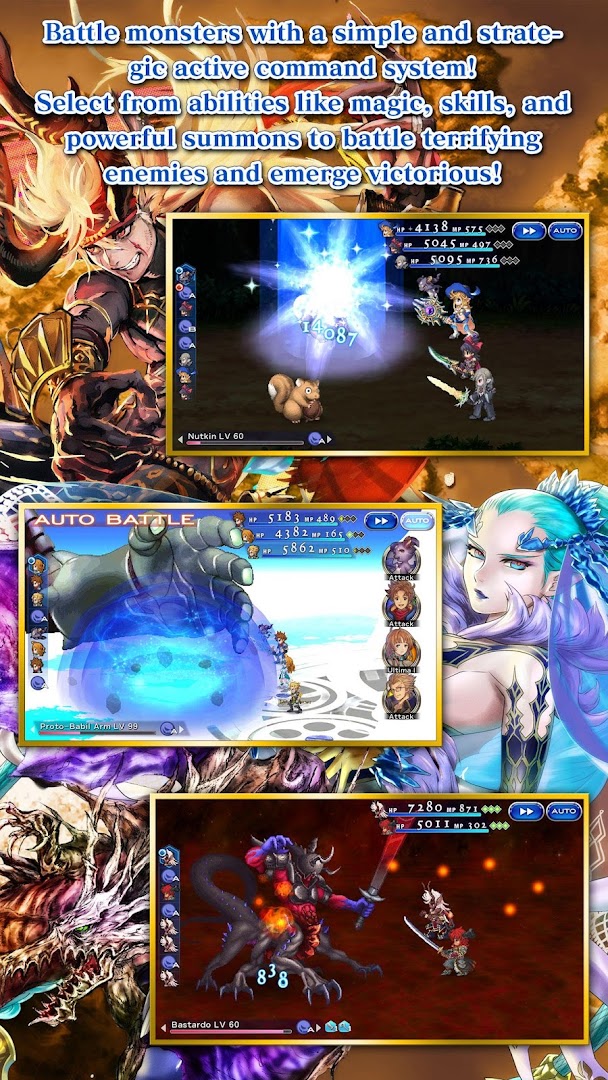 The latest title of the Final Fantasy Dimensions series that has achieved three million downloads worldwide!

A journey that links the past to the future!

◆◇Game Introduction◇◆
A fascinating cast of characters of different races and eras.
An incredible story that leads you through the past and future to save the world.
Combine your strengths to defeat powerful foes in intense battles.
Final Fantasy Dimensions II is an RPG that brings a new legend to the world of FF.

▼A great adventure that transcends time and space
Our hero Morrow and heroine Aemo travel through the present, past, and future and gain allies along the way on their great quest to save the world.
▼Abilities and summon magic
Battle monsters with a simple and strategic active command system!
Select from abilities like magic, skills, and powerful summons to battle terrifying enemies and emerge victoriously!
▼Crystals that house the power of the Eidolons
Equip and fight with crystals known as signet stones to acquire new abilities for your characters.
Many of these signet stones possess the powers of summoned beasts from throughout the history of the FF series!

◆◇Story◇◆
The eastern continent of Ajima and the western continent of Westa.
A great disaster caused by human error destroys the civilization of magic that prospered during the Ancient Era and divides the world into east and west, ushering in a long period of conflict between the two.
A young boy named Morrow who lives in Navos, a small island at the center of the world, loses himself listening to tales of Wrieg’s travels, a Westan adventurer.
Morrow follows Wrieg after he senses something strange from an odd shooting star and meets a mysterious girl from the future named Aemo.
The world of Eidola exists outside the present, past, future, and beyond.
Say hello and farewell to friends of different eras in a story about a promise for a better future.