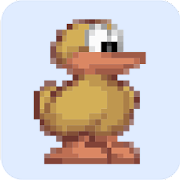 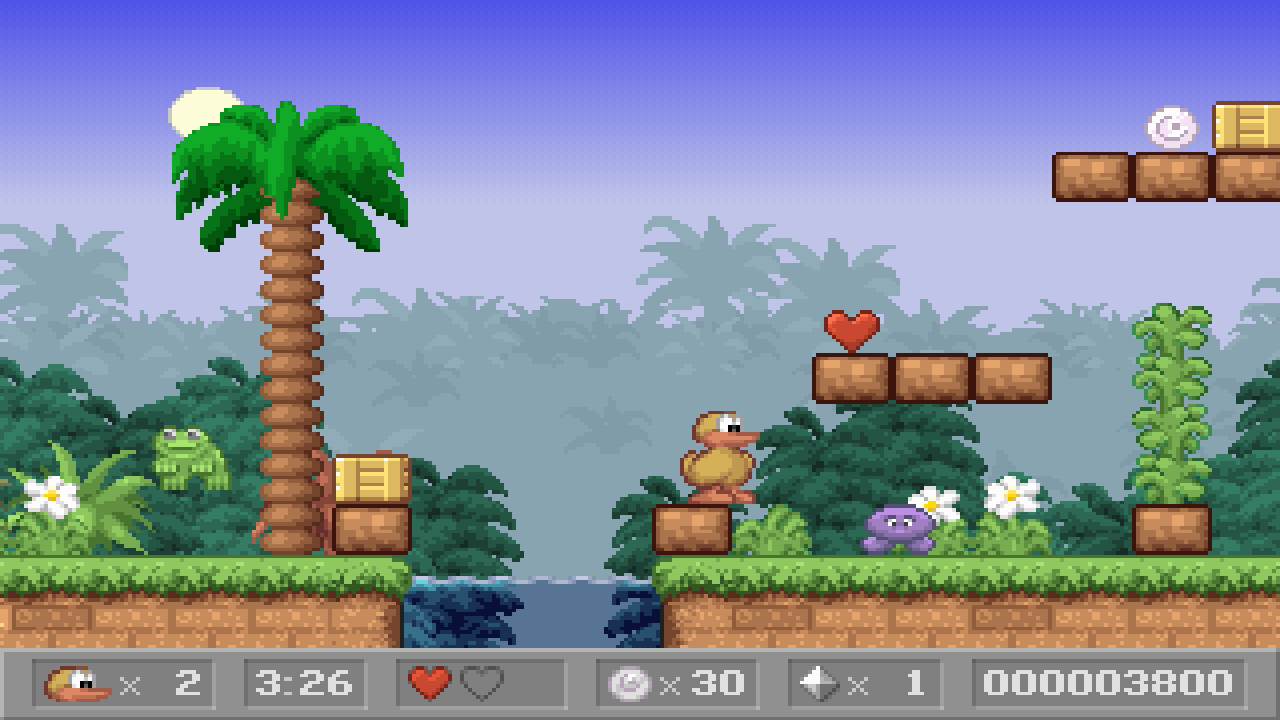 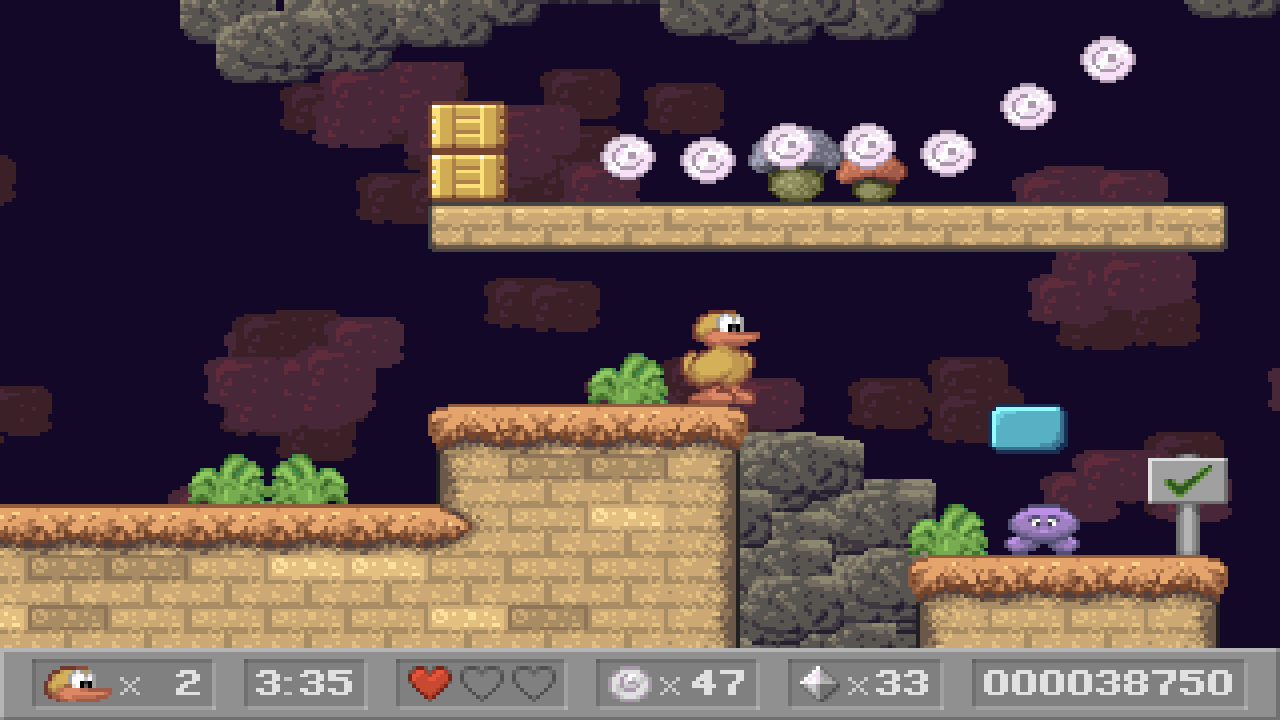 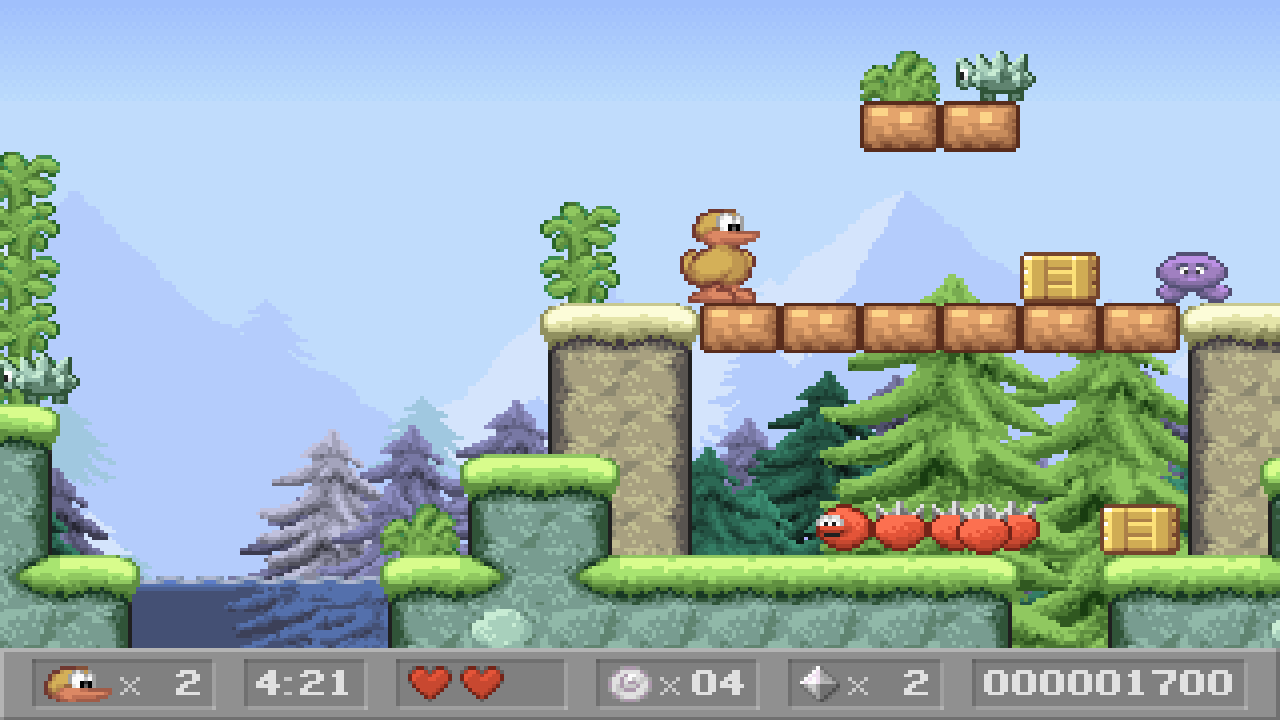 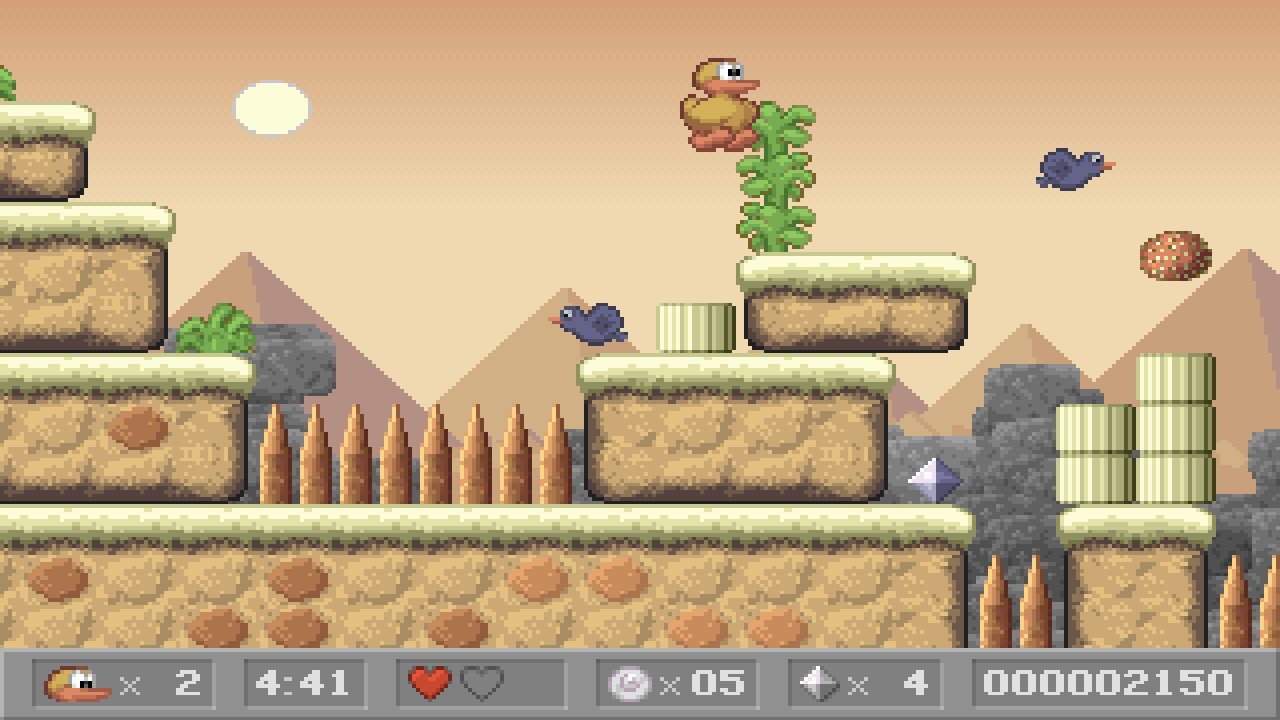 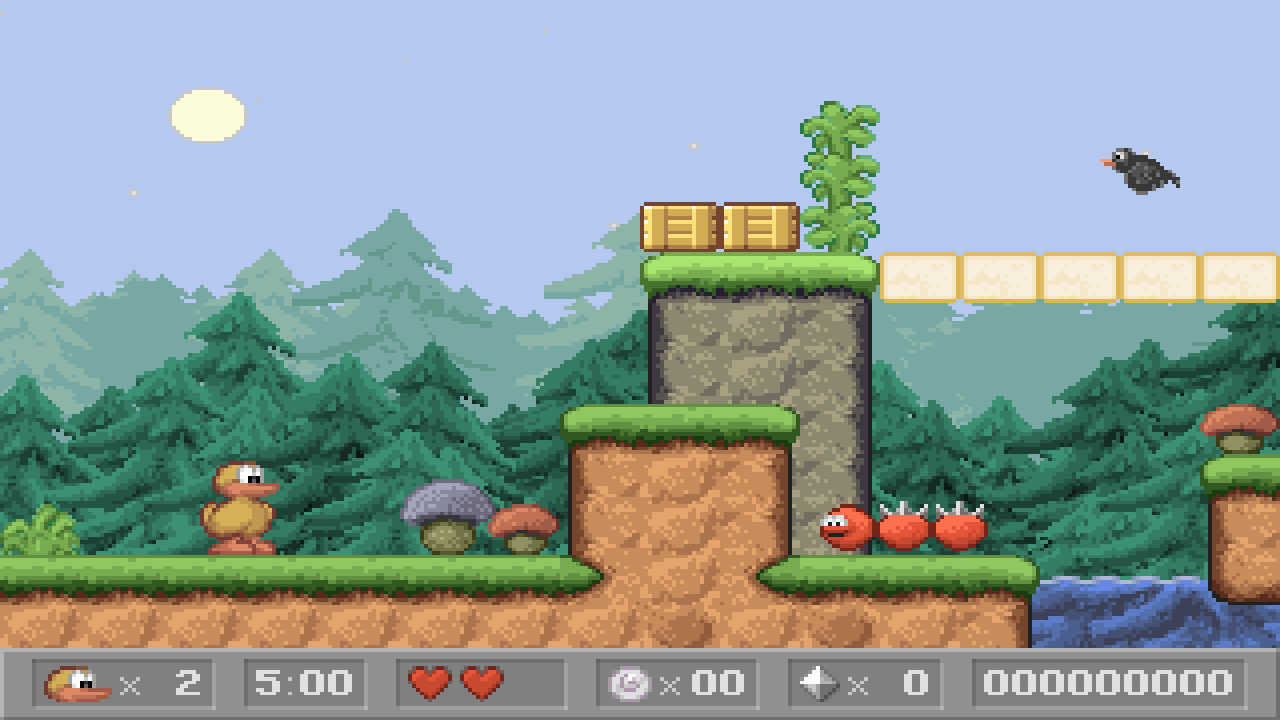 Charlie the Duck is a classic side-scrolling platform game. Run through levels, collect coins, diamonds, and other power-ups. Jump on top of enemies to defeat them. Dive into the water to find hidden areas!

This is a complete remake of the PC version originally released in 1996 for MS-DOS. The game is nearly identical, but some small changes have been made. This version does not use separate buttons to walk slower or faster.

So there are some (small) changes in the levels to make everything work well with the constant walking speed. Also, some things were made to be a little easier and less frustrating.