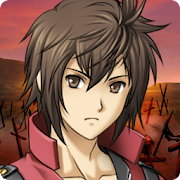 Offering a unique story, beautifully rendered world, classic battle system, and dynamic growth for both weapons and characters, Infinite Dunamis is sure to challenge and provide countless hours of enjoyment for RPG-lovers of all ages!

Story
One day while returning home from a job in the Royal City, a gifted engineer by the name of Luke comes across a young woman being attacked in the cave near his village. After fending off her attackers, he attempts to pull her from a heap of discarded mechanical parts only to discover she herself is half robot! Somewhat curious about what he has stumbled onto, Luke decides to take her home and fix her up, but little does he realize the chain of events he is about to find himself tangled up in…!

Customize the Heroine Any Way You Choose!
Unlike other party members, Estelle’s parameters do not see substantial growth when she levels up. Instead, she has the ability to utilize items called crystals, souls, and cores to augment and strengthen her parameters with an unprecedented degree of flexibility.

Battle and Gaia Icons
Dealing with continuous attacks with allies generates chains and results in varying bonuses for the party.

Furthermore, as battles progress, Gaia Icons will occasionally appear in the center action bar, and deal out effects according to their type, but beware…

Weapon Skills and Magic
Weapon skills are learned by equipping a weapon and raising its proficiency to 100%. After doing so, another weapon can be equipped while retaining the mastered skill. However, a weapon’s proficiency does not stop at 100% and can be raised much further to enhance its capabilities.

On the other hand, magic is learned by equipping and leveling up elemental rings. More powerful magic can be learned by doing the same with multiple rings.