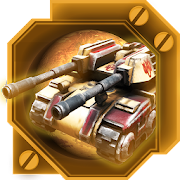 Expanse RTS — a new strategy game from the developers of the RedSun RTS! Fight for energy resources on a distant planet during the galactic expansion!

25th century. Mankind has left the Earth to settle other planets. One of the Ark ships arrived in the star system but eventually, no habitable planets were discovered. It led to a conflict between three factions — the scientists, the workers, and the military — arisen on a planet with the best living conditions. Each faction wanted to fulfill its new task — to stay here, to fly further or to return home. But there is only one ship and the planet’s resources are not enough to even for two factions. Who will win? It’s up to you! Choose a faction that you will lead to victory!

You will find:
– The classic real-time strategy.
– 3 fractions, each with its own characteristics and balance features
– More than 30 single-player missions in 3 campaigns
– Complete multiplayer mode
– A rating system based on the Elo rating system