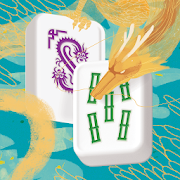 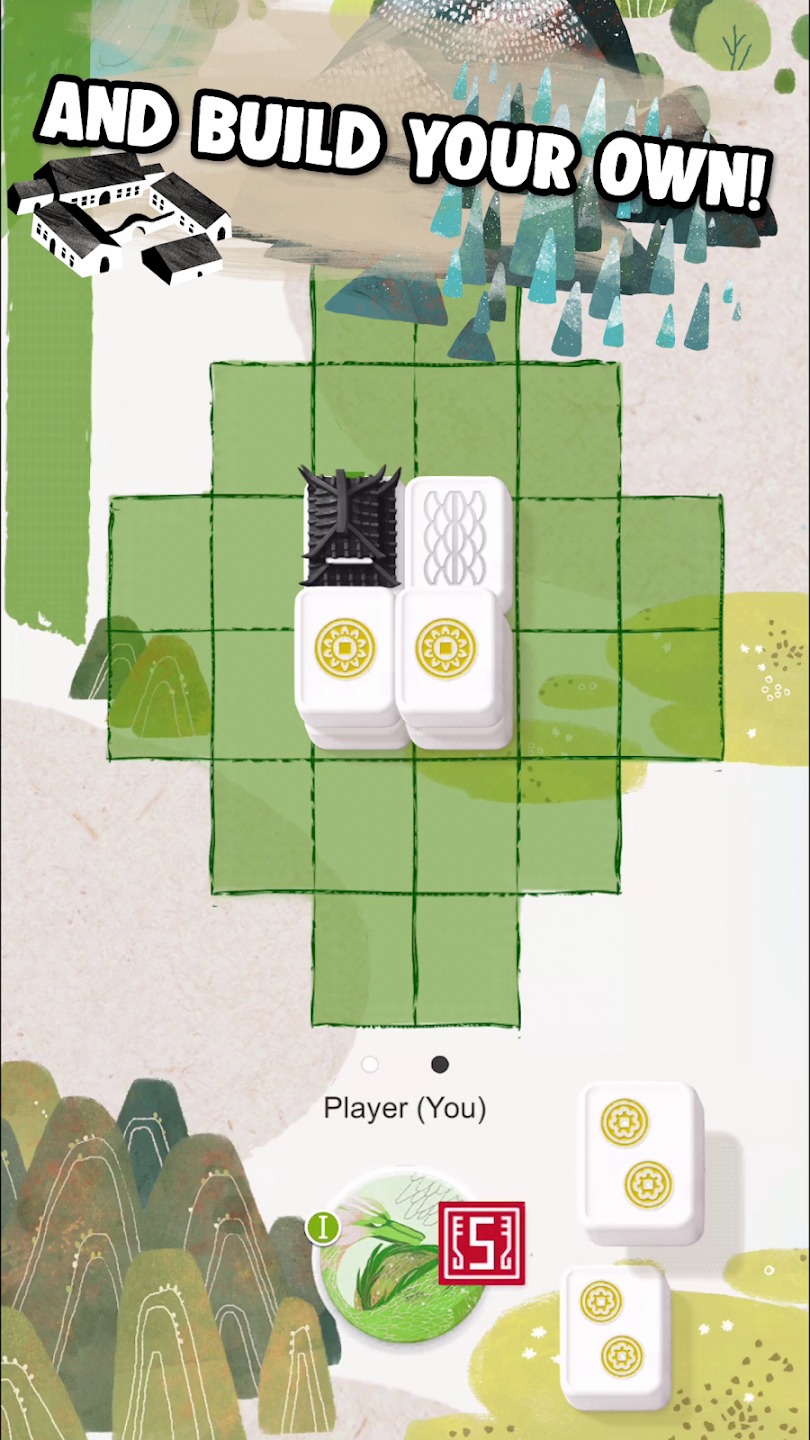 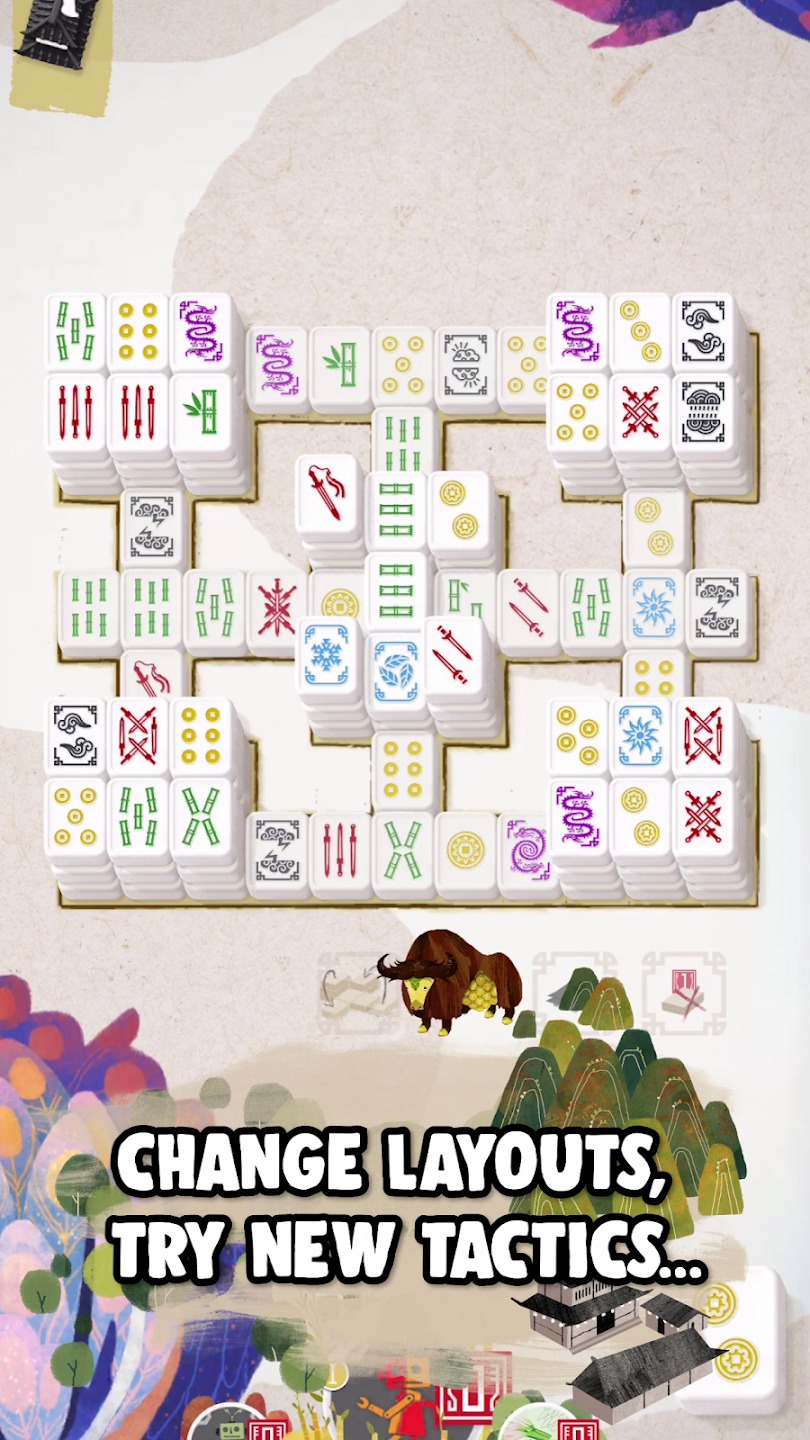 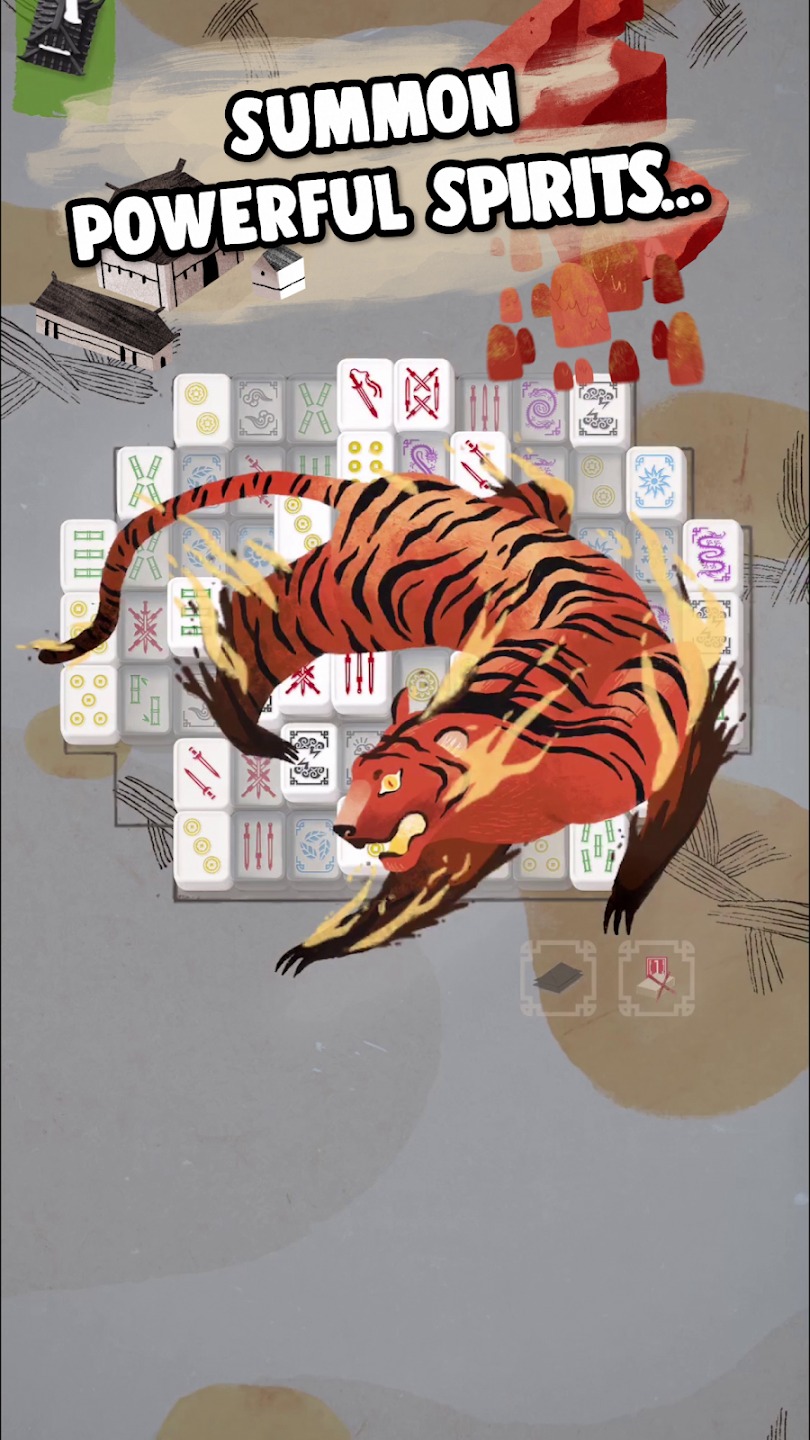 The official adaptation of Dragon Castle, the critically acclaimed puzzle board game freely inspired by Mahjong Solitaire. Play solo or against players from all over the world with Online and Local Pass & Play modes!

In Dragon Castle: The Board Game, you will pick tiles from the central castle to create sets of tiles of the same kind in your own realm and score points. You will also build Shrines, trigger powerful Spirit abilities, and appease the tastes of the Dragons to score bonus points! May the best builder win!

HOW TO PLAY
During your turn, you can take a pair of identical tiles from the central “castle” and place them on your own realm board to build your own castle. Alternatively, you may sacrifice these tiles to acquire shrines or extra points.

Every time you create a set of tiles of the same kind, you flip them face down to score points and build shrines on top for even more points, if at the cost of limiting your building options! You may also take advantage of the spirits and their game-changing powers to manipulate the board… Finally, don’t forget to check the active Dragon, and to follow the building requirements to score bonus points.

TEST YOUR BUILDING SKILLS IN SOLO
Play against up to 3 adjustable AIs to sharpen your castle-building skills!

OR PROVE YOUR MASTERY IN MULTIPLAYER MODE!
Play against builders from all over the world online and get to the top of the worldwide leaderboard!

• The mystical universe of the board game, fleshed out and digitally enhanced
• A tactical gameplay with variable boards, objectives, and powers, allowing for countless different playstyles and strategies!
• Solo mode against up to 3 Computer Opponents
• Asynchronous Online Multiplayer Mode with a worldwide leaderboard